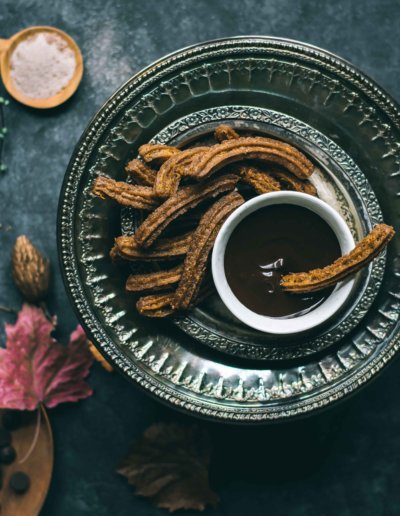 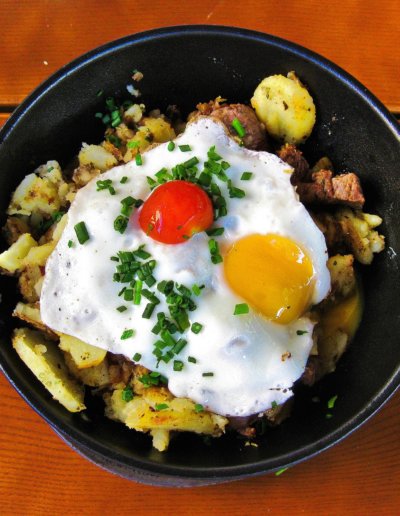 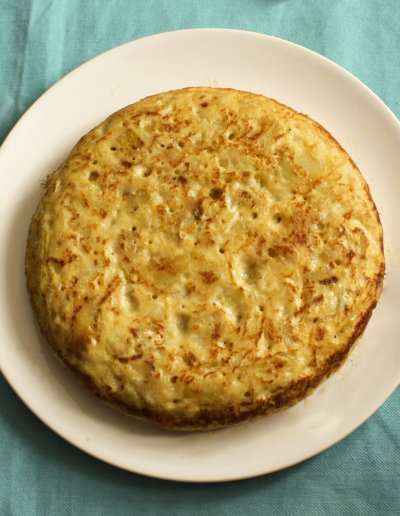 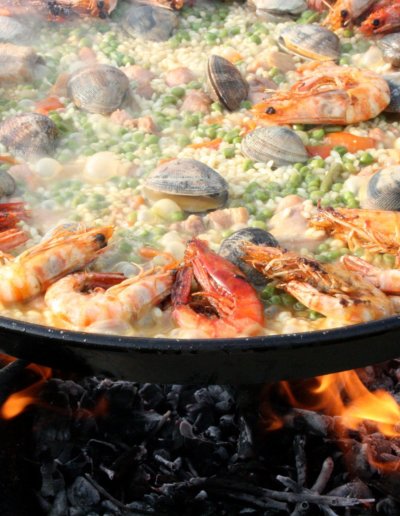 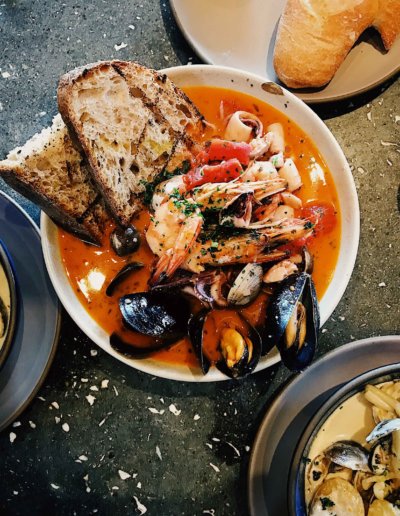 Due to the COVID-19 safety measures, we are advised to keep the security measures and quarantine, with this, there’s plenty of time to venture into the kitchen and, why not try making typical Spanish recipes? In this post, we will show you 5 quick, simple and tasty dishes, that will get you to Spain in just a few minutes!

It’s one of the most emblematic dishes of Spanish cuisine. It comes from the intensive cultivation of rice and other ingredients in Valencia, which has led to the creation of Paella Valenciana by peasants and local workers. For lunch, they took what they had harvested in the fields and cooked the Paella. The Paella is a simple dish eaten on any occasion, but especially when friends or families get together, or on Saturdays, Sundays and holidays. Are you brave enough to cook this dish? 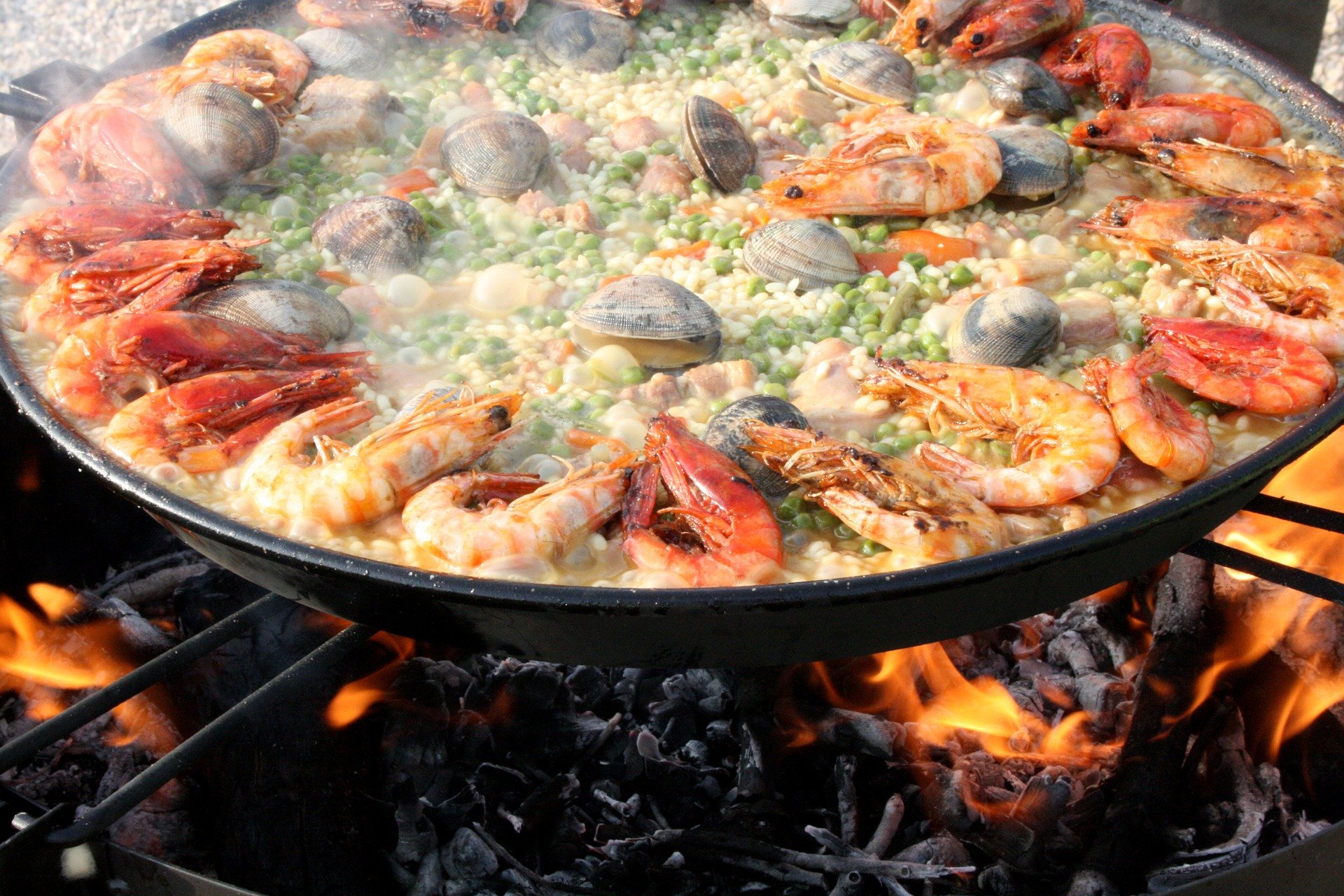 One of the most popular tapas in 477 millions of people around the world, Tortilla is one of the simplest dishes to make, can you believe it? It can be served as a main course, breakfast snack or even as a tapa to share among friends. It can be eaten cold or hot and there are tortillas for all kinds of tastes. But here we will teach you how to do the traditional Spanish Tortilla recipe. If you feel adventurous, why not add some extra ingredients? 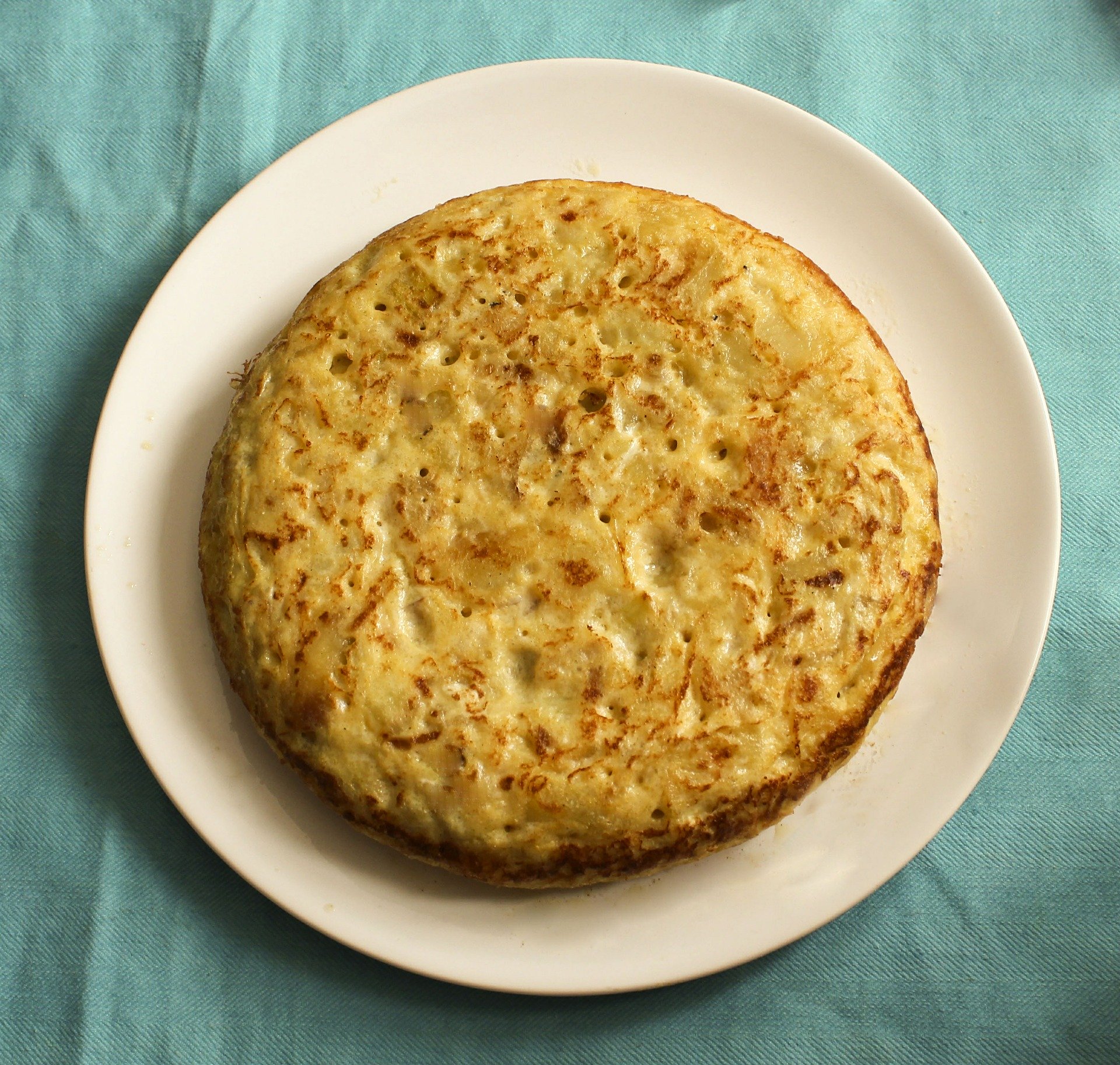 Tortilla de Patatas is one of the most classical dishes

The history isn’t well known, but we know that it was born in Andalusia. It’s even said that "De gazpacho no hay empacho" - gazpacho is never too much!!! The Gazpacho, it’s one of the easiest dishes to find in any café, restaurant, or bar in Spain, one of the most consumed dishes or drink during Summer because it’s refreshing and served cold. Easy to prepare and can be made from all kinds of leftovers. Shall we try ? 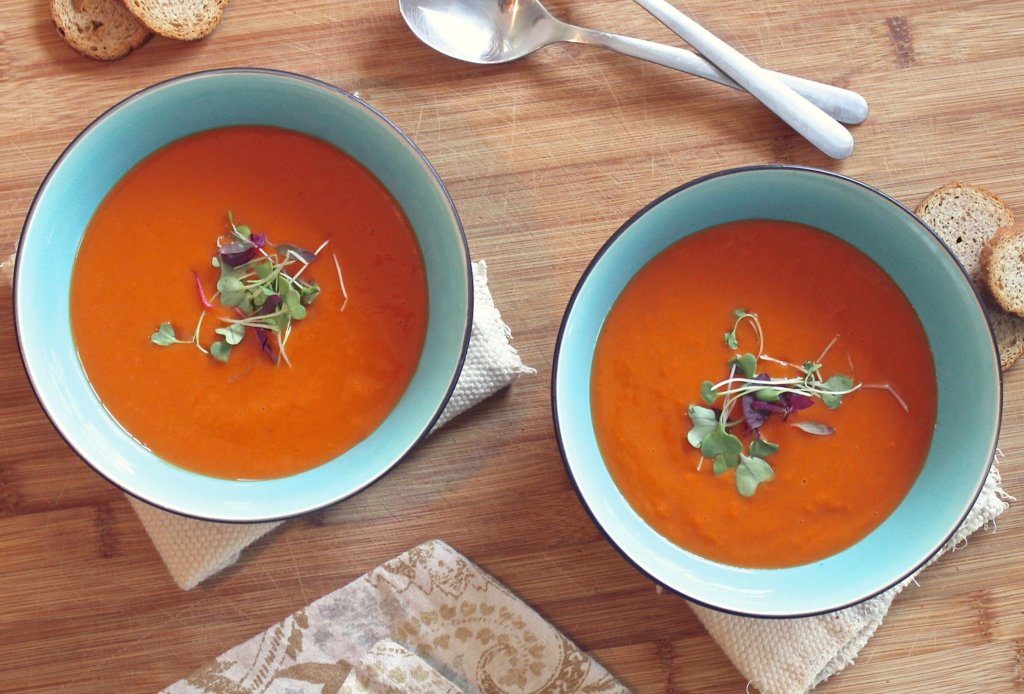 The history of this dish goes back to 1846 from the book "Gathering from Spain" this recipe was one of the food resources of a lot of humble families in Spain. Variations of this dish, can be found throughout Spain, including the Canary Islands, where it’s said to have originated. It’s a simple and humble dish that enchants many, and where the main goal is to leave the egg yolk liquid, to be able to dip the chips on it. Yummmy!!! Ready to be charmed? 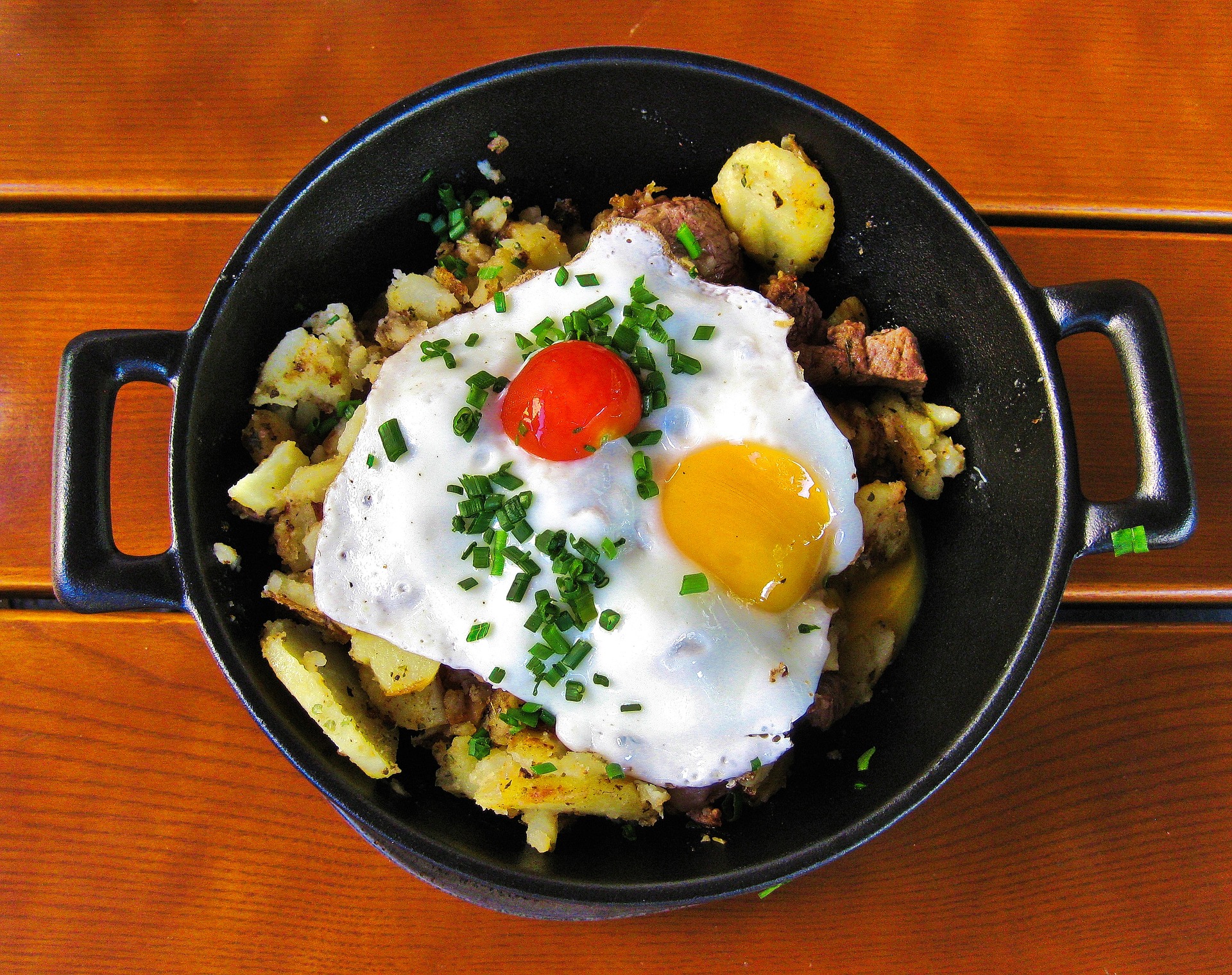 Huevos Rotos, or Broken Eggs, are very popular in Spain

Okay, it’s actually not a dessert, but one of the best Spanish sweets, so we couldn’t leave this one out.
One theory says that churros were brought to Europe from China by the Portuguese. Another theory is that the churros were created by Spanish shepherds because the “churro dough” was easy to produce and fried in the mountains, where they lived. Churros are best eaten dipped in very thick hot chocolate and are usually eaten as a snack in wintertime or if you have a sweet-tooth for breakfast. 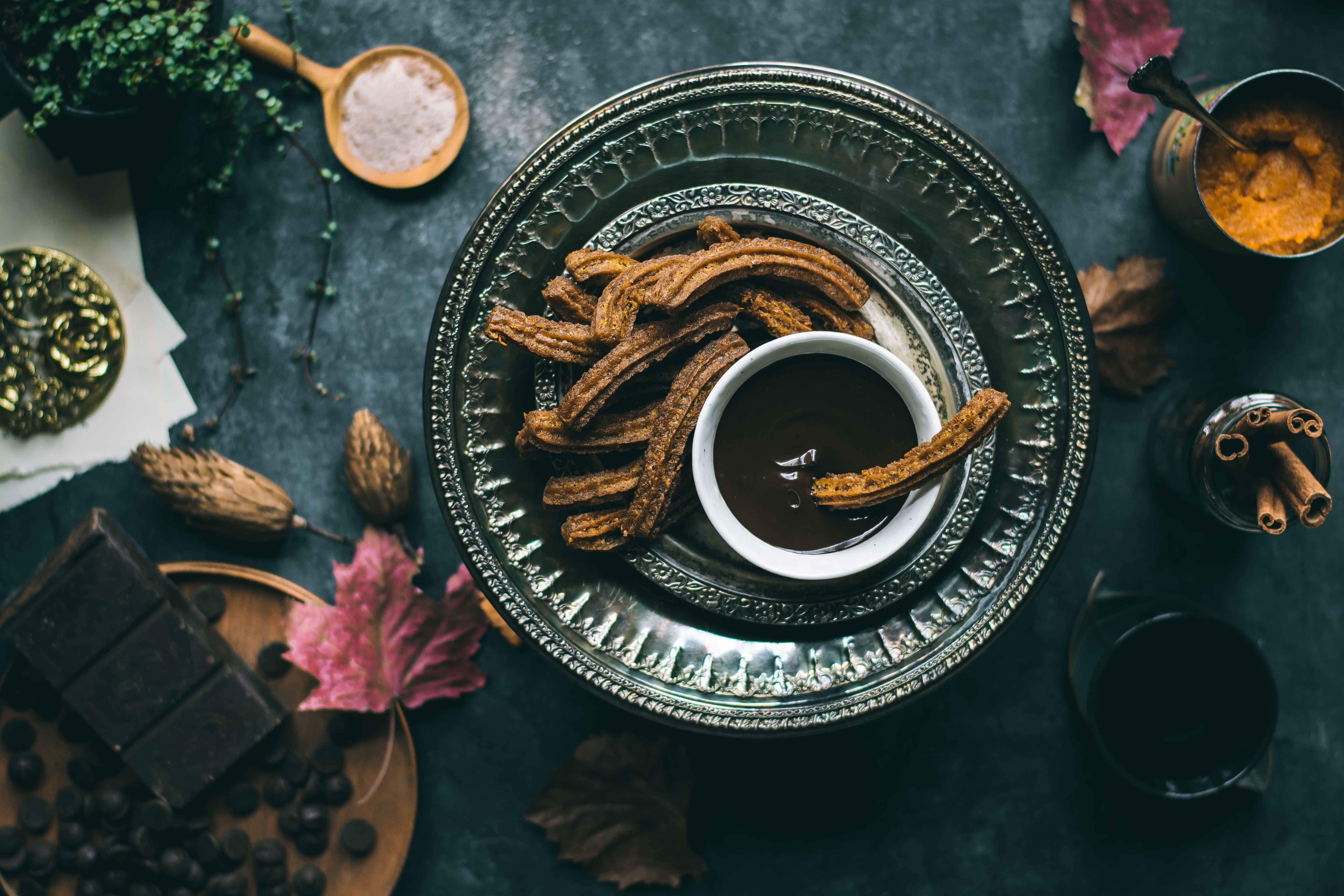 Churros is a classic dessert in Spain

After all this theory, why not jump into the kitchen and test some of these fantastic recipes? We Oasis, are sure you’ll be the next Masterchef of Spanish cuisine in your family or among your friends. And when you’re next travelling around Spain or maybe having a free walking tour with our groups, you can easily find these dishes in most of the restaurants on the streets, so enjoy!

POV: Guests finding out they can stay at Oasis ...

Sunset from our rooftop in Oasis Granada,
...

Some of the fantastic drawings on display upstairs...

Who wants a glass of TINTO VERANO in our Garden ...

OUR INFAMOUS PUB CRAWL IS BACK ! ARE YOU ...

In Granada ART is EVERYWHERE.
#art ...

September is starting but summer is not over, come...

MAKEUP SESSION BEFORE PARTY NIGHT IN OUR LOUNGE. ...

End of summer #surf contest.
Thursday for our ...

Get Lost in Albaycin and find Your favourite ...

This error message is only visible to WordPress admins