This capital city of Europe tends not to feel or behave like one. Offering amazing value and incredible sights, sounds, and flavours as well as one of the biggest reputations for night-life in all of Europe, some thing is still understated. Unpretentious and casual with come-as-you-are tendencies toward pleasure seeking and relaxation, and simultaneously rich with history and filled with stories, the city has plenty to absorb, while offering a reprieve from the frenzied atmosphere of Europe’s more tourist-heavy destinations.

Lisbona and at the top of each one amazing views await. While the hills can be punishing on foot, there are many funiculars (’ascensors’) and trams connecting them. The Miradouro de Santa Catarina, known locally as ’Adamastor,’ provides sweeping views of the river and much character in the diversity of its patrons (the place can seem sketchy, but it’s quite safe and a favourite among locals). The statue "Adamastor" in the centre of the square refers to the sea giant that Luis de Camões imagined when writing "The Lusiads." Another favourite is the Miradouro da Graça with its café nestled above the Castelo and Alfama. Easily the most thigh punishing, but one of the best places to see the city is the Miradouro da Senhora do Monte. Tram 28 will get you close to all three. It’s an exhilarating ride and an exciting way to check out the city. 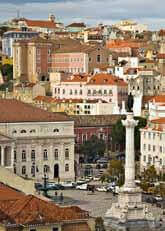 Prima di andare in uno dei tanti club di Fado in Bairro Alto or Alfama, a trip to the Museo do Fado e da Guitarra Portuguesa is a good place for a quick study of Fado’s history. Its well put together audiovisual displays allow the visitor to get lost in the sights and sounds of these bluesy melancholic chants of Portugal. The tour ends in a virtual performance that, with the right kind of eyes and ears, can be very moving. Be sure to check out the everchanging exhibitions. 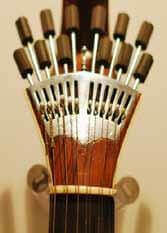 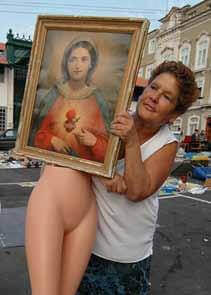 This funky all purpose rendez-vous point occupies the sloping premises of what was built in the 17th century as a women’s prison and functions today as a state-funded school for circus entertainers. It lies in the Castelo district and its patio has spectacular views of Lisbon and the river Tejo. It’s good for drinks, food, or just exploring. There are many indoor and outdoor spots in which to make yourself comfortable as well as live shows. This is a great place to have a drink after an afternoon in the Castelo neighbourhood.

For a snapshot of Lisbon’s Moorish past, spend some time navigating the labyrinth-like district of Alfama. This neighbourhood, spanning from the Castelo to the river Tejo, was once an upper class Moorish residential neighbourhood. Now it is home to a working class population where Fado was invented and the grilling sardines perfected. The best time to visit is during the Festa de Santo António around the 12th and 13th of June. During this festival, the streets explode in pastel coloured streamers and amazing grilled food. 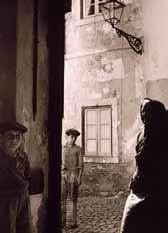 No trip to Lisbon can be called a success without a pilgrimage to Belém. Belém is where the Age of Discovery began. Ships commanded by the likes of Vasco da Gama and Henry the Navigator set their sails here returning with tales of adventure, bloodshed, and riches. Discovering a sea route to India, Gama helped aide in Portugal’s rise to one of the world’s greatest empires. With the Mosteiro dos Jerónimos, Torre de Belém, Centro Cultural de Belém, and many other museums and open spaces, a full day here will not be wasted. Most museums are closed on Monday.

Night out in bairro alto

After stuffing yourself in one of this districts many fine restaurants - ranging from traditional to experimental - or browsing through original and independent Portuguese boutiques, you should stick around and let loose a little.

If you want to drown your sorrows at the bottom of a bottle while listening to Fado, catch some DJs bump electronically inspired beats, rock in an indie dive bar, cram into what looks like someone’s living room for live African and Brazilian music, read Saramago to the backdrop of Jazz, or just sample a little of everything while drinking on the streets with thousands of other revellers - then a night in Bairro Alto is highly recommended. Thursday to Saturday are the most crowded, but you will always find people out at night in this area. Cheap beer and no covers help to make Bairro Alto one of the hottest and most consistently frenzied nightspots of all Europe. 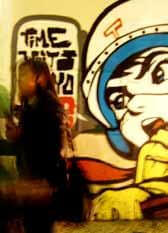 This Museum has a great collection of art that spans over almost every major period in Western history. They also have some impressive Eastern Art. Of note to all you Art Nouveau heads is the fantastic collection from designer Rene Lalique. Across the way is the Centro de Arte Moderna, which has Portugal’s best collection of 20th Century Portuguese art. Connecting the two museums is a stunning, modern, and expansive park that is as much can be as inspiring to visitors as the exhibits themselves. 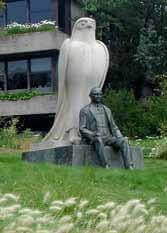 When I cross that river...

Head on down to "Cais do Sodre" and catch a ferry to "Cacilhas." When you arrive head to Cais do Ginjal on foot. As you walk along the river and by the abandoned buildings you will be able to make out the ever changing contours of Lisbon, and see what has to be one of the best views of the city. If you’re hungry, grab a seat, a drink, and eat at one of the rustic river side restaurants looking out to Lisbon above the river Tejo. Try and get one of the tables sitting out over the water. After your belly is full, use your change to take the elevator up to "Almada Velha."

Tip: Have a late lunch and try to catch the sunset...you won’t forget it. 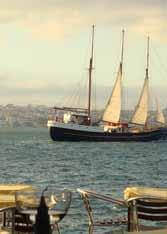 Ever leave a city and wonder what you didn’t see? "Never again!" says Bruno from We Hate Tourism Tours. Bruno and his friends take travellers on trips they will never forget. Go up and down Lisbon’s 7 Hills in a convertable UMM Jeep, and explore surrounding parks, sites, and villages outside the city in one of their storied and unique 7-passenger vans. Local drivers, local knowledge, lots of personality and lots of fun. 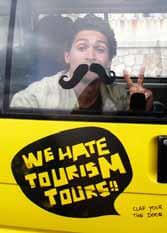 Starting tomorrow morning back at the ...

When the weather outside is frightful
But the ...

Walking in the sand of time... November days on ...

A sunny autumn day at Praia das Maçãs with big ...

Soon the rain will pass and we will be back to ...

Time to think about where you’ll spend the next ...

Good night 🧡 see you again tomorrow for a full ...

🇬🇧 GROUP BOOKINGS AVAILIABLE, So if you have...

🇬🇧 GROUP BOOKINGS AVAILIABLE, So if you have...